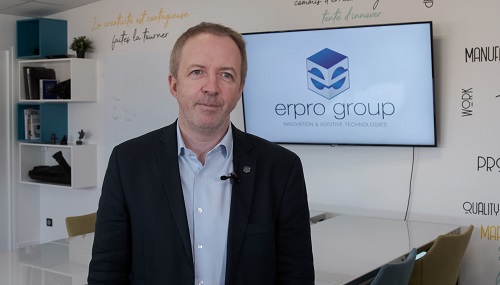 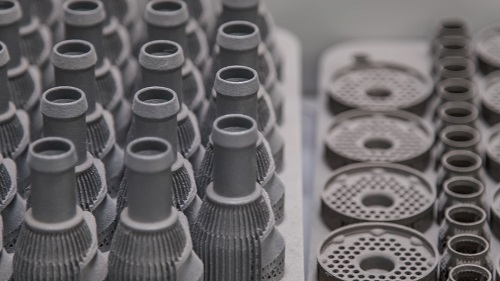 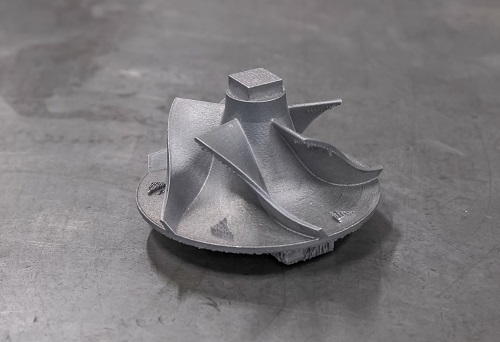 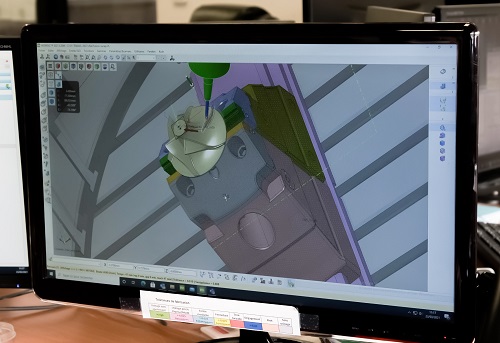 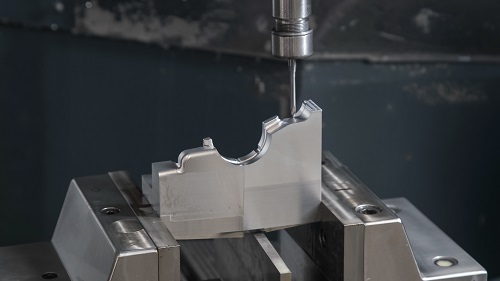 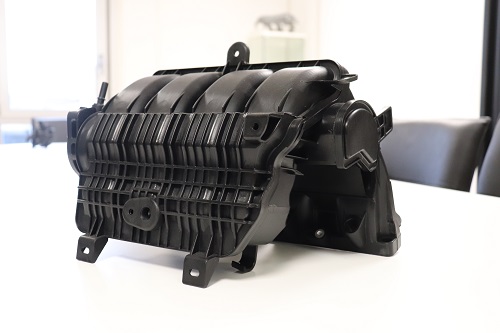 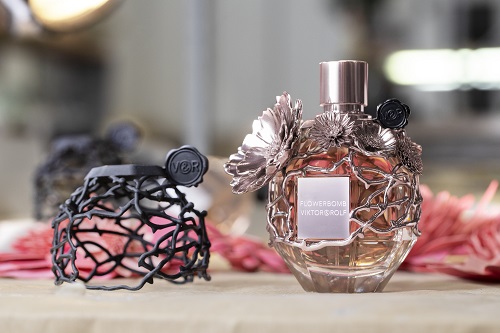 With a wide range of production capabilities, the Erpro Group is able to adapt to the needs of its customers by offering them a range of prototypes, from pre-production to mass production. In this environment, WORKPLAN and WORKNC software play a key role.

Since its creation in 1997, Erpro has pioneered the use of new production methods. It acquired an additive manufacturing machine equipped with selective laser sintering (SLS) technology - an additive manufacturing process that belongs to the powder bed fusion family. In 2001, it was the first company in the world to acquire a high-resolution stereolithography machine. In 2005, Sprint, another subsidiary of Erpro Group, acquired its first metal powder sintering machine to create injection molds for plastic parts. "Erpro has made additive manufacturing part of its DNA," says Cyrille Vue, the holding company's director.

Workshops in a number of companies throughout the Group also use WORKNC, Hexagon's automatic CNC software for surface and solid models in mold, die and tooling businesses for 2 to 5-axis CNC programming.

From its inception to present day, the Erpro Group, based at Saint-Leu-la-Forêt, in France has not stopped developing. It has a wide range of machines enabling it to offer various services to its customers, such as additive manufacturing, machining, silicone molding, RIM molding, plastic injection and paint finishing. The synergy of these processes enables the company to produce prototypes, pre-series and large series, with materials ranging from metal to plastic. A good example of this capacity: 18 million eyelash brushes, manufactured by the start-up Erpro 3D Factory, were delivered to luxury cosmetics brand Chanel in two years.

The essence of 3D printing is digital: an object is designed in 3D then a toolpath is generated and used to manufacture it after its transformation into ISO programs by the post processor corresponding to the machine. In addition to the digital thread for manufacturing, there is also the thread for the management system. "We abandoned the first enterprise resource planning (ERP) system we had acquired because it was not suited to our needs," recalls Cyrille Vue. "A new contract we were tendering for required simplicity, speed, agility and flexibility from the future software package. At the end of our comparison of various systems on the market, we chose the WORKPLAN software from Hexagon."

Implementing WORKPLAN was simple, and easily adopted by all employees in the departments using it: sales, quality, production, sales administration, etc. The speed of WORKPLAN's operation can be measured in a few clicks, such as the conversion of a quotation into an order, then into an order form to the relevant department. Its agility is put to the test every day thanks to its ability to accompany clients right up to the launch of the manufacture of their products. For example, an order for 100 green cups can be changed in a few clicks to an order for 25 magenta, 25 yellow, 25 cyan and 25 black. Flexibility is also important: a delivery can be distributed differently from initially planned, just before it leaves.

Cyrille Vue says: "The flow of information in WORKPLAN must be continuous and precise. This is particularly important when we're looking at the profitability of an operation. "In this respect, WORKPLAN has fully supported the growth of Erpro Group, acting as its production planning backbone."

WORKNC included in the manufacturing process

The Erpro Group has also invested in Hexagon's WORKNC CAM software, which now plays an important role in the workshops, particularly on the Erpro site: "With WORKNC, we are able to machine a 3D printed part on a 5-axis machining center, from the same CAD file," says Cyrille Vue. This is where WORKNC comes into its own, as there are new parts to be manufactured every day, all of which require new programs to be created.

Specializing in thermoplastic injection, from prototypes to small series, Dpn works mainly in the automotive sector. From design through to the manufacture of the finished product, Dpn assists companies in carrying out their projects. As a market leader for more than 20 years, Dpn is regarded car manufacturers and equipment suppliers as the "go to" mold maker.

Dpn has now integrated WORKPLAN to optimize and organize its production cycle in order to offer what the company describes as "an excellent level of service."

Pascal Renoud, director of the Dpn plant in Tremblay-en-France, says: "WORKNC also plays a part in programming machining toolpaths to reduce cycle time, freeing up the machines much quicker, ready for the next job. After being checked and validated, the molds that come out of the machining process can be used to produce complex thermoplastic parts in all types of plastic, including PEEK, which is widely used in the aeronautics industry, thanks to its mechanical characteristics and resistance to high temperatures,"

WORKPLAN serves as a guideline in their production processes, and is also a valuable working tool for the sales administration. It manages both the digital and physical flows once the tender has been won.

Pascal Renoud concludes by saying: "WORKPLAN allows us to monitor the progress of the project in real time and to produce a business report to assess its profitability. This database is invaluable for similar projects in the consultation process, allowing us to rectify our estimates if necessary, in a very quick, reactive manner."

Do you need more information ?

If so, please provide your details and we will get back to you.